Archive | The Pearl RSS feed for this section

By Trawlers on October 31, 2021 in The Pearl
“Every mountain top is within reach if you just keep climbing.” –Barry Finlay 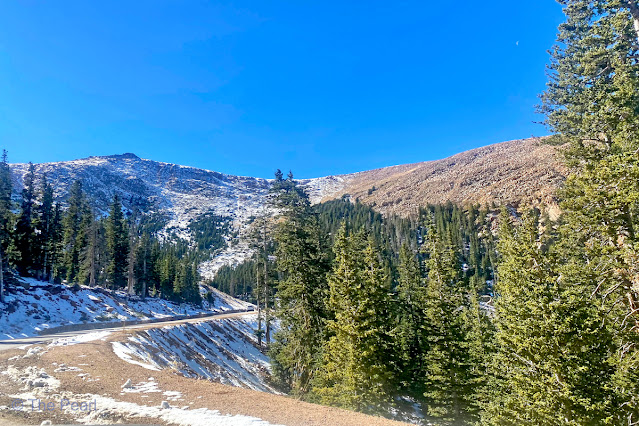 Pikes Peak is one of the most beautiful landmarks in Colorado and the most visited mountain summit in North America. The views from the summit inspired the words to America the Beautiful. In 1803, Pikes Peak mountain became part of the United States as part of the vast Louisiana Purchase. Three years later in 1806, Lt. Zebulon Pike was sent to explore the borders of the new territory. On November 24, 1806, he set out from his stop near modern-day Pueblo, Colorado, to climb the mountain. He was forced back by a blizzard and declared that no man would ever reach the summit that now bears his name. Visitors now reach the summit by taking the cog train, hiking, biking or driving to the top.

By Trawlers on October 30, 2021 in The Pearl
“Because when you stop and look around, this life is pretty amazing.” ~Anonymous
After our long drive from the east coast we decided to spend the day outside enjoying an amazing fall day. We spent the morning hiking at the Garden of the Gods. We hiked three short trails in the park that gave us a chance to get close to the largest rock formations and also provided us with wonderful views of the surrounding area. We hiked a total of 4.5 miles today.

Off to Manitou Springs, CO 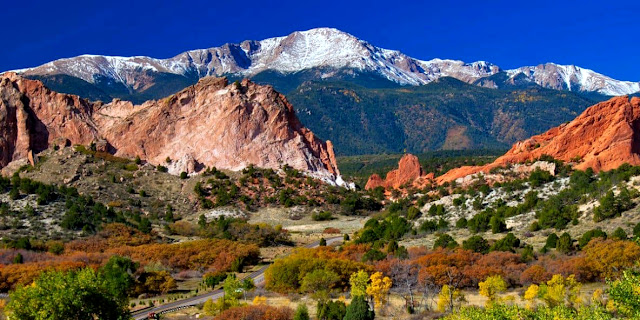 We decided to take a little detour on our way back to Texas this fall. We’re going to spend the next week exploring and relaxing around Manitou Springs, Colorado. It’s been the quintessential tourist town since the 1870s, when visitors discovered the healing waters the Ute Indians had been drinking for years. The Native Americans who once lived here considered this area sacred and believed the water had healing and spiritual benefits (Manitou). The waters come from the underground streams from the Colorado Rocky Mountains which collect minerals along its journey. The town became a hub for those looking to recover from tuberculosis and other ailments. But Manitou Springs has a lot more to offer than healthy water. They have tons of diverse shops and art galleries, natural attractions like the Garden of the Gods and Pikes Peak, endless amounts of hiking trails and great restaurants.

“Give the ones you love wings to fly, roots to come back, and reasons to stay.” –Dalai Lama

This weekend was our final salute to summer. We spent five wonderful days with our family in a little town on the Hudson River, just 50 miles north of Manhattan. Cold Spring is an unspoiled, charming village directly across from West Point, surrounded by the beautiful Hudson Highlands. The central area of the village is on the National Register of Historic Places due to its many well-preserved 19th-century buildings, constructed to accommodate workers at the nearby West Point Foundry and is full of eclectic boutiques, antique shops and farm-fresh eateries.

By Trawlers on September 17, 2021 in The Pearl
“I love the sounds and the power of pounding water, whether it is the waves or a waterfall.”  -Mike May

September in the Finger Lakes…it doesn’t get much better. Peaceful beautiful sunny days to enjoy the amazing countryside we call home. On Monday we picked a winery we haven’t visited before on Seneca Lake…wow have we missed out. The Leidenfrost Vineyard was a great place to spend the afternoon enjoying each other, a picnic, a bottle of wine and a great view of the lake.

“May your adventures bring you closer together, even as they take you far away from home.” – Trenton Lee Stewart

I spent most of last week with my friend in NYC. She and her husband live on their boat in Jersey City with a wonderful view of lower Manhattan. Donny had business in Wisconsin so I came to keep Pam company. We had a lot of great girl time.

By Trawlers on August 22, 2021 in The Pearl
Meier’s Creek Brewing Company is a new craft brewery and taproom located in Cazenovia. Their single mission is to create extraordinary beer with food to match. The brewery sits on 22 acres of beautiful farmland with hops out front and miles of trails out back. adventure awaits. Their core values drive them to achieve their goals and inspire others: “work hard, play hard”, “together, we’re better”, “follow true north” and “dream big.”

By Trawlers on August 16, 2021 in The Pearl
“Families are like branches on a tree. We grow in different directions yet our roots remain as one.” –Unknown
Our August stacation…was actually a real vacation. We left the state and enjoyed a week with our family in the mountains of Vermont. We were joined by Bryt’s parents Tom and Cynthia. We had two adults for every child, that’s a great way to take care of kids. There was always someone for the kids to do something with and plenty of time for everyone to relax.

By Trawlers on August 9, 2021 in The Pearl
“We live in a wonderful world that is full of beauty, charm and adventure. There is no end to the adventures that we can have if only we seek them with our eyes open.” -Jawaharlal Nehru 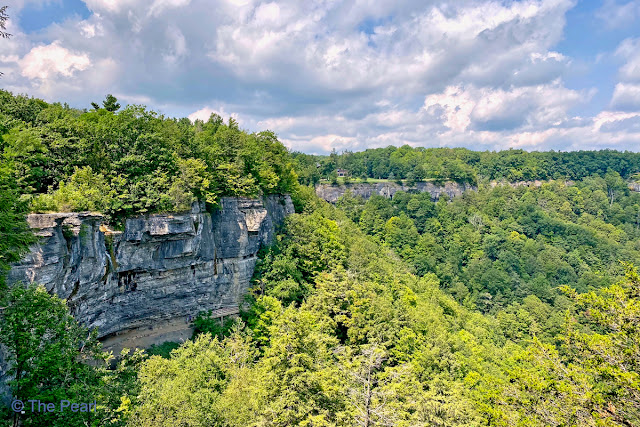 We’re on our way to Vermont to spend a week with family. Check in time at the house we’ve rented isn’t till 4:00, so we thought we’d check out the beautiful Thacher State Park on our way. The park is situated along the Helderberg Escarpment (The Great Ledge), 15 miles southwest of Albany. It provides a marvelous panorama view of the Hudson-Mohawk Valleys and the Adirondack and Green Mountains. We hiked the Indian Ladder Trail today.

By Trawlers on August 3, 2021 in The Pearl
“Water is the most perfect traveller because when it travels it becomes the path itself!” ―Mehmet Murat ildan

We hiked the Casadilla Gorge today, or I should say we hiked half of the trail…it was a combination workout. A five mile bike ride to the falls and back and then a .59 mile hike. The prettiest portion of the trail was closed for repairs. We’ve hiked it several times, so I will include a few pictures from other hikes.