After a successful shakedown cruise, we headed back to Petersburg for a few days. A boating friend’s daughter is getting married this weekend. We take advantage of the time at the docks to also do some more provisioning for the summer. Our primary mode of transportation is walking. Luckily the grocery store and Post Office […]

By Trawlers on May 18, 2022 in The Pearl
“I think togetherness is a very important ingredient to family life.” –Barbara Bush
Let the summer season begin…although here in upstate New York spring is only beginning. The summer season isn’t just about what temperature it is outside, but the feeling we have when we’re here. We look forward to new adventures, time with family and enjoying our beautiful surroundings.

It is a rare blue sky day for Alaska as we push away from our stall in Petersburg Harbor. We are heading out for a few days to a nearby anchorage. Since Idyll Time has been winterized for the past six months, we want to test all her systems aboard before we get too far […]

Back to Our Summer Home

By Trawlers on May 13, 2022 in The Pearl
“Laughter is timeless, imagination has no age, and dreams are forever.” -Walt Disney
This is our twelve year to head east for the season. Leaving Texas and heading to the east coast gives us a chance to enjoy two springs each year. After spending a week driving to Pennsylvania we spent four nights at our son’s house, collecting lots of hugs and having fun playing with our grandwonders.

Regression to the Mean

During the first two COVID years our direct transits to/from SE Alaska along the British Columbia coast went remarkably smoothly and quickly. We had no weather delays and even had some very calm days that allowed us to take more direct routes outside of the protected inside channels. .The weather so far for 2022 is very different and is moving us back closer to the average conditions we’ve had over the years.

We departed our homeport on Bainbridge Island on Thursday, April 28. First night was Reid Harbor on Stuart Island.  The next morning we cleared into Canada at Van Isle Marina next to Sidney.  The interaction with the Canadian Border agents was done via telephone but they must have been very busy because Marcia was disconnected several times while on hold and the phone wait was about 30 minutes each time she called.

The weather was soggy and forecasts not great so we spent two nights at the Salt Spring Marina before crossing the Strait of Georgia and continuing north.  We had to wait another two nights in the Broughtons on account of weather before we could get around Cape Caution north of Vancouver Island.

For the last major hurdle, Dixon Entrance separating BC from Alaska, we departed from Brundage Inlet on Dundas Island.  While the swell was not large, about one meter, the period was short and steep, and we were beam to the swell and wind.  We put our roll stabilizing “fish” in the water shortly after leaving Dundas and didn’t take them out until we were north of Mary Island.  The ocean swell was mostly gone at that point but the wind had picked up and pulling the stabilizers in rough conditions is difficult.

As we entered Ketchikan, we stopped at the fuel dock and took on a little over 600 gallons of diesel fuel.  The price per gallon as pretty similar to that in Puget Sound, about $4.94 per gallon with all the taxes and fees.

Our arrival at Bar Harbor Marina in Ketchikan was a bit later than we like and the wind was now blowing briskly up Tongass Narrows.  Since it is early in the season, most fishing boats were still in port so the only slip available was one we needed to back-in.  We tried once and failed.  With the wind now blowing 15kts gusting 20kts, we decided to go anchor for the night and try the next day.

Our first night, May 10, in Alaska was spent at Deep Bay, a small bay off of Moser Bay (~10 miles NE of Ketchikan).  The next morning we returned to Bar Harbor and managed to get ourselves secured to the dock despite the wind again blowing in the ‘teens.

As we watch the rain showers roll through, we study the long range forecasts looking for hints of a pattern change to this cool, wet and windy weather we’re in.

It is a cold blustery day as we walk down the steep ramp to the North Harbor. It was 80 degrees when we left home in Tennessee. Here in Petersburg the high is 40 degrees with snow still on the mountain peaks. It feels good to be back in Alaska. We both comment “It seems […]

By Trawlers on May 4, 2022 in The Pearl
“If you are always trying to be normal, you will never know how amazing you can be.” –Maya Angelou
Our second stop on our way north for the season was Bardstown, KY. We love to explore little out of the way small towns and when they’re labeled the “Most Beautiful Small Town in America”, well we’re truly interested. Bardstown is also known as the “Bourbon Capital of the World” and is home to nine notable distilleries including Maker’s Mark, Jim Beam and Bardstown Bourbon Co. We spent our day wandering through the shops in town and visiting a couple of distilleries.

By Trawlers on May 2, 2022 in The Pearl
“Without new experience, something in us sleeps. The sleeper must awaken.” –Anonymous 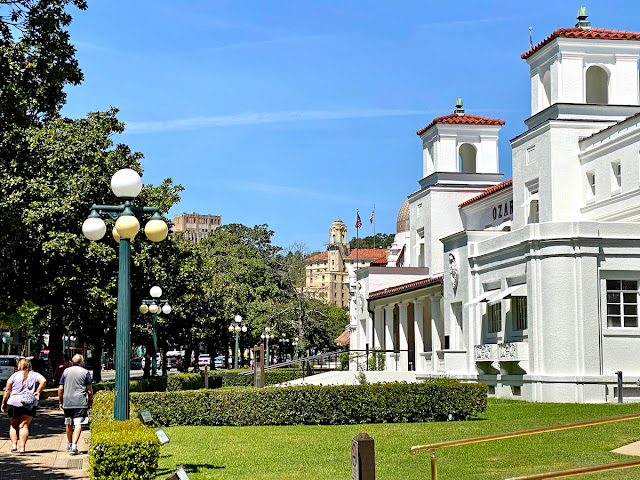 Spring has arrived in south Texas and summer is quickly moving in, so it’s time for us to begin our migration north. This spring we are taking a little detour through Arkansas and Kentucky…exploring a few new places on our way first to Pennsylvania and then up to the lake to get The Pearl ready for another season.

One of the many reasons we loved spending time in Norway was the countless boat-accessible view hikes. Washington state’s mountain hikes aren’t nearly as close to the water, but they do compete well with Norway for fabulous scenery. When we’d previously lived full-time in Seattle, we spent most of our free time on Dirona and…

Easter morning Bald Eagle Lake 2022.  Looks like a good day for us (although as I write this, the evening weather has taken a turn for the worse – snowing!!!!!)  Welcome to Minnesota spring. Thankyou Shana for hosting an amazing Easter …