By Trawlers on February 7, 2023 in The Pearl
“Let’s collect shells as we walk down the beach. Our treasures are many, and all within reach. Sand dollars, scallops, and snails we will find. The starfish we share for it’s one of a kind.” —Lee Nemmers 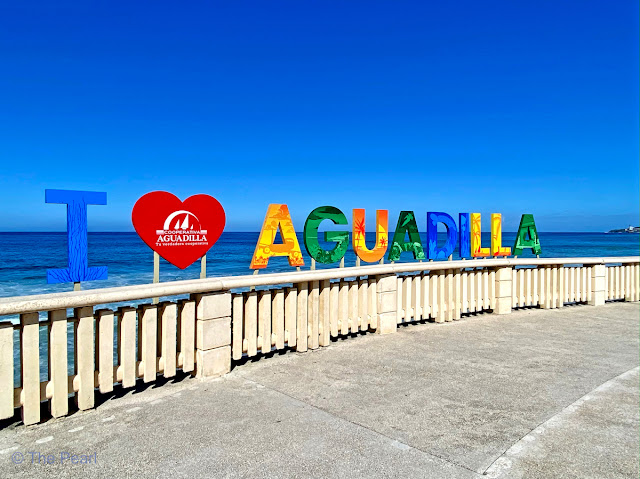 We started our day with coffee on our patio overlooking the ocean and a full moon that hadn’t set yet. The ocean was drastically different this morning than it was yesterday. The surf was up and we watched surfers along the waterfront of Aquadilla all day.

On Monday (January 30), the wind shifted again. We knew that the rolling in anchorage would increase and soon it would become comfortable. It was time to move again. We also knew that there was a storm coming. We’d decided … Continue reading →

By Trawlers on February 6, 2023 in The Pearl
“The lower the latitude the better the attitude.” –Unknown
We’re spending our first week in Aguadilla. This picturesque oceanfront town was founded in 1775. It’s  located on Puerto Rico’s northwest shore. It’s known to have some of the best surf breaks on the Island and some of the most beautiful beaches.

I enjoyed my time at Punta Salinas. It has salt flats that used to be salt mines; they were fun to explore. We went on the salt flats, which felt like snow and ice. But there were other salt flats … Continue reading →

By Trawlers on February 5, 2023 in The Pearl
Of all the books in the world, the best stories are found between the pages of a passport. – Unknown
This was our first time to fly in three years. I’m happy to say everything went smoothly. It’s nice to fly in the morning, the airport is less crowded and our plane was waiting for us. The only thing that could have gone smoother was our car rental. Oh my we won’t use Payless in San Juan again. All I can say is I’m glad we stayed close to the airport this evening.

Sunrise on Saturday, January 28. The island in the middle of the photo is Isla San Francisco. This morning, the wind was light and the anchorage was totally calm. Ahhhhh. We were so happy to have a break from the … Continue reading →

By Trawlers on February 4, 2023 in The Pearl
“Travel makes you realize that no matter how much you know, there’s always more to learn.” — Nyssa P. Chopra 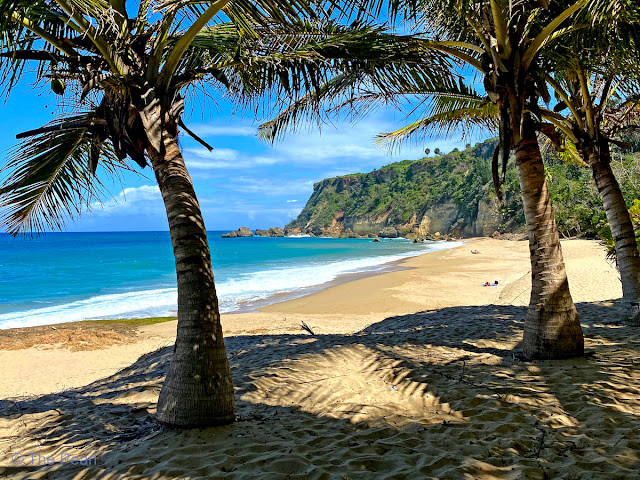 It’s been three years since we’ve taken a winter adventure…three LONG years. It seems fitting that we’re going back to Puerto Rico exactly three years after our last trip. The world seemed to come to a standstill after we returned in 2020. I hope we never have to experience such a thing in our life’s again.

We were supposed to cruise Chilean Fjords today, but the Captain announced there was a failure of one of the two gyrocompasses and he was unwilling to enter the fjord system with only one.  In addition, the satellite internet had a hardware failure, so we were without internet.  The swells were running at 3 meters, so the ride was relatively bouncy, with a lot of pitching motion the entire day.

After cruising offshore overnight, early in the morning we turned back into the Chilean Fjords, heading down Samiento Channel, the principal north/south channel in the Fjord system.  The ship then headed for El Brujo Glacier, arriving at 0830.  We stayed for about one hour and saw one calving incident as the Captain slowly rotated the ship so everyone could get a view.  Heading back away from the glacier face the ship then continued south down Samiento Channel towards our next destination, Punta Arenas, located about halfway through the Straits of Magellan. 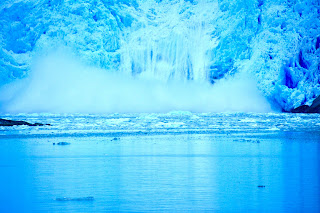 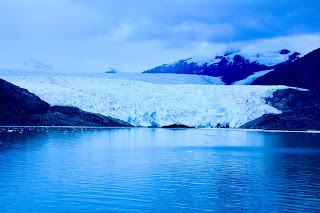 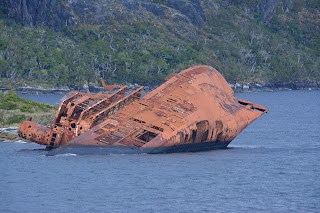 Punta Arenas is the largest city south of the 46th Parallel, with a population of 131,000 in the municipality.  The city is an important logistical center for lumber, oil from Tierro del Fuego, a large Duty Free center, and for support to Antarctic expeditions.  The city’s main boulevards are wide and tree lined.  Our ship did not depart until 2100, so we had plenty of time to explore and make last minute purchases we may have forgotten for the upcoming Antarctic visit.

The weather across the Drake Passage is predicted to be sloppy, so at the last moment the Captain announced we would divert to Ushuaia and anchor for the evening to sneak across to Antarctica in calmer weather.  Unfortunately, that will cut our time short by one day in the Antarctic Peninsula. 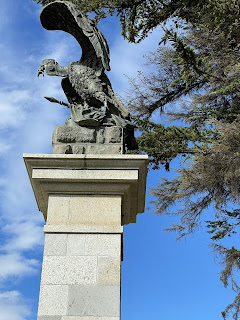 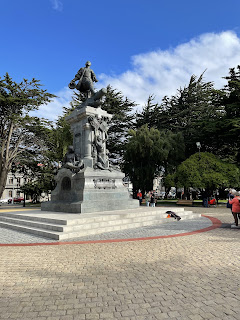 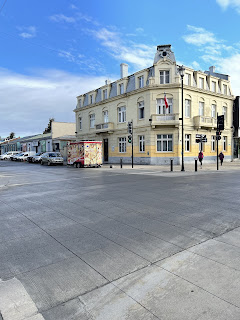 The ship entered the north arm of Beagle Channel, known as Glacier Alley at about 0900, since at least 7 glaciers line the north side of the channel in a space of only 10 NM.  The wind was blowing and there was a lot of rain, but there were enough gaps in the squalls everyone good a good view of the glaciers.  By 1100 we had passed the last glacier and headed directly for Ushuaia, where the anchor was dropped at 1500.  The wind and rain prevented tender operation initially and we never were cleared for tender operations, so we are at anchor until we leave at 2400.  The Drake Passage is expected to be rough, so the ship has handed out sea sickness medication to everyone. 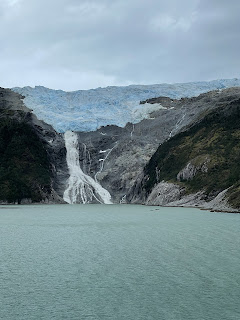 Glacier Alley
This was a tidewater glacier in 2015 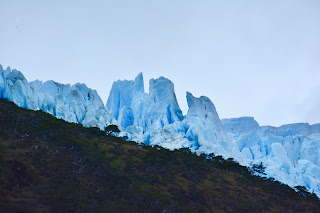 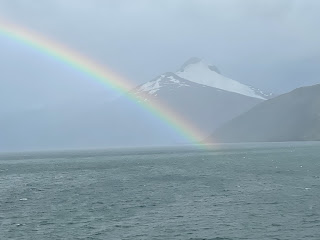 Sunrise on Friday, January 27 We were pleased to see that the wind had calmed down significantly. However, it still at about 16-knots sustained, so it was still windy.  The four boats had all agreed to go to Punta Salinas … Continue reading →

Christmas Day in Antarctica was a big day for wildlife sightings, including an Emperor Penguin, Chinstrap penguins, crabeater and Weddell seals, humpback whales and Orcas. We were lucky to see an Emperor Penguin, rare this time of year. After navigating into ice-filled Barlas Channel, we set out for a tour in the zodiacs and found…