Ghent is one of Belgium’s oldest cities, with beautiful medieval and classical architecture, winding canals lined with cafes and bars, wonderful street art, and some of the best museums in the country. The city also is a university town and has the vibrant feel a youthful population brings, that we’re told feels less touristy than…

By Trawlers on March 30, 2020 in Envoy
CRUISING ACTIVITY GRINDS TO A TEMPORARY HALT
How quickly situations can change. Just a few weeks ago we all watched TV news in amazement as parts of China went into total lockdown and thought that could never happen here. The humorists among us joked that if it happens we could all go boating, but sadly it seems not.
The first affects on boating were overseas, as when international borders were closed to travel this applied to pleasure boaters too. By mid-March some countries including France and Greece had placed a complete ban on all movements of recreational boats and closed harbours and marinas except to ferries. Cruisers with boats located overseas started canceling their overseas travel as there was no point in traveling if they couldn’t use their boat and soon after that travel became virtually impossible anyway.
This applied to the very disappointed Queenslanders who bought our boat Envoy based in Greece and who will now probably have to wait until next year for their maiden cruise.
In mid-March people aged over 70 were asked to stay home and on 27 March New Zealand went into lock down.
At first many people thought this situation may provide an ideal time to go boating and fishing but this has since received some clarification.
We were aboard our boat Rapport in Coromandel Harbour when the lockdown was announced commencing a few days later. We decided to head home to comply. A strong north-westerly had built a boisterous chop in the Firth of Thames, so we set out when the wind dropped early on the last morning before the lockdown when the conditions were perfect.
Arriving back at our marina we found many boat owners busy loading supplies and intending to head out before the lockdown started. Several of them commented to us that they “don’t know if this is allowed or not”. One person says he’s loaded his boat with supplies so “has to go”. Another says that his and other families intend to “group isolate” in their boats on the water. Generally there was a festive atmosphere, like Boxing Day when boaties load up and depart for their holidays.
On 24 March Coastguard sent an email message to their members and part of this reads:
“We have has a lot of calls and messages from the public asking if they’re able to go out on the water during the lockdown period; our answer is no”.
This is based on the fact that by going out on the water you could potentially get into trouble and require assistance, putting Coastguard or other authorities at risk during the lockdown.
In Marlborough the harbour master has declared that boating is not permitted during the lockdown and that patrols will ensure this is adhered to.
The situation was further clarified a day or so later on TV news when fishing and boating were specifically advised as non-permitted activities. Several boating clubs have advised boating is not allowed and one of Auckland’s biggest trailer boat launching areas the Outboard Boating club, has closed its facilities for the duration of the lockdown.
Just today our marina emailed berth holders saying it has noticed an increase in people coming to the marina to do maintenance or just to visit their boats and stating it is not permitted to come to the marina for any reason during the lockdown.
Even as of 31/3 I can’t find any information online that expressly forbids boating (except for trailer boating), but my view is boating now would be irresponsible – why?
– It ignores the advice of Coastguard, other SAR authorities and boating clubs
– If we are over 70 it’s a no brainer, we are required to stay at home
– We are only permitted to travel for essential purposes including to and from designated essential work, buying food and obtaining medical services – so travel to and from the marina does not qualify
– It’s not practically possible to pass by other people on marina berth fingers and maintain a social distance of over two metres and this risks spreading infections
– To attempt to go boating would contravene the spirit of the lockdown (as well as possibly the law)
It will be interesting to see if people attempt to treat this Easter as a normal one and head to their marina to go cruising.
Anyway one week of the period has almost passed so it hopefully won’t be too much longer before boating returns to normal.

Brussels famous Grand Place, named a UNESCO World Heritage site in 1998, is one of the most magnificent city squares in Europe. A 15th-century spired town hall rises on one side, while ornate 17th-century guild halls and other centuries-old buildings form the other three sides. The square is all but invisible until you walk through…

Linda and Steve Dashew’s four books now available as a free PDF download. We have been blessed with the support …Read More 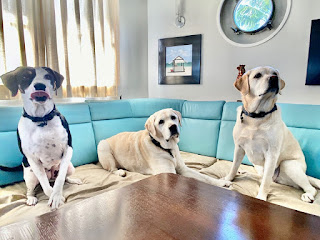 Dylan, Dee Dee, and Dora have been living with the changes caused by the Coronavirus. They are doing their part where they can but this “social distancing” thing has them a little confused. Are their “6 feet” calculated in the same way as “dog years”? Does that make a foot enough? 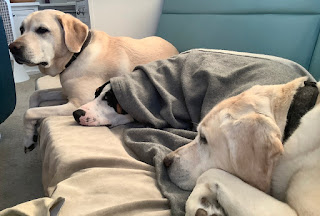 In reality, things have changed mostly for the better with the Red Head crew. They are enjoying even more time with Mom and Dad than usual. The crew never could figure out why they would ever be left alone. 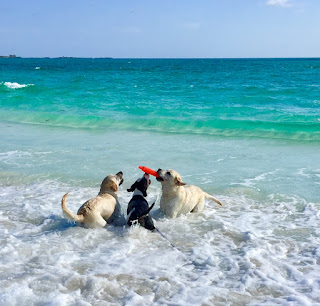 Unfortunately, their Bahamas trip has been canceled. Red Head will be staying in a Key West for now until the situation becomes more clear – if it ever does. For Mom and Dad it’s a very different place as this lively destination turns into a ghost town. 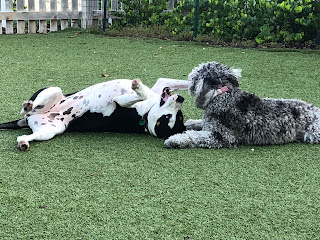 The crew’s schedule is unchanged – up at 6 am, breakfast, short nap, trip to the dog park and a walk, spending the rest of the day guarding against pirates (plus a few more naps), supper, and then cuddle time with a Mom and Dad until bedtime. 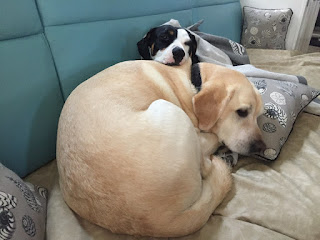 No worries, we’re all doing just fine. The Red Head projects list is steadily shrinking. There are lots of new recipes to try – Mom has learned how to make seitan. Dad has been tearing up the guitar. There are books to read, movies to watch, and kids to play with. While it may not be the winter we had planned, we are healthy and have the resources we need. With so many facing so much worse, we feel extremely fortunate. Looking forward to the good times ahead. 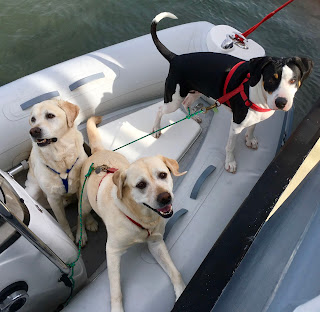 In the late 1800s and early 1900s, two million Europeans departed Antwerp along the river Scheldt aboard Red Star Line ships bound for North America. Today, the shipping company’s riverside warehouse is now home to an excellent museum detailing the history of that emigration. During that time, the only connection between the east and west…

And We Have Propane

When we ordered Dirona back in 2009, we specified a propane barbecue and stove top, along with four 20-gallon (9 kg) aluminum propane tanks. Three of those tanks are stored in the cockpit locker underneath the barbecue, with a fourth in the aft port cockpit locker. We specified so many because filling propane tanks outside…

Antwerp was already a major trading center by the 14th century, with sufficient resources to begin construction of the spectacular Cathedral of Our Lady. By the 16th century, Antwerp was the leading commercial center in Europe and home to one of continent’s most respected publishing houses, operated by Christophe Plantin. This period also saw the…